My healthy weight loss journey has included an extensive food-ucation. I have learned more food facts and figures than I ever knew before. WHY??  Because I have to know what I am looking at when I turn a product over and read the nutrition information and ingredient list.

For example, I now know how many fat grams are in a teaspoon of olive oil, 9g. With that information, I can figure out how much olive oil is in my favorite pasta sauce. When I studied the numbers for low sugared cereal, I figured out that I want to stay under 5g of sugar per serving of any whole grained cereal with at least 3g of fiber in it too.

I have now added sodium numbers to that knowledge and I am going to share some of the information I have found out with you.

And now to talk about sodium, the word…

Say the word sodium and your mind automatically thinks SALT… but did you know there are more than 20 names that mean “sodium” on a label??

Here are just some of them:

Why in the world would there be so many ways to say “sodium”? 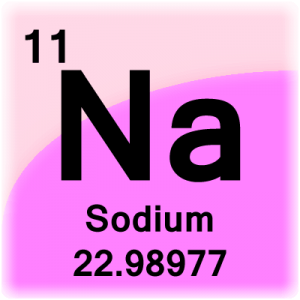 One of the main reasons is because each one of these sodium compounds is different and affects food in different ways. Some are used just like table salt to season our foods during or after the cooking process. Others though are used as preservatives and use to cure certain meats and vegetables. Although they are not used for the same end results, the results are the same, they all add up to a sodium “total” that we see clearly as milligrams on the label.

How much sodium are we talking about?

What should be the daily sodium intake for a healthy adult? Abut 2,300 mg per day according to the FDA… that’s equal to only about 1 teaspoon of salt! We Americans eat on average about 3,400 mg of sodium per day. 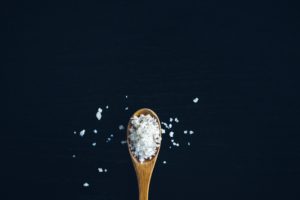 How did I interpret that information and use it to benefit my weight loss journey?

Let me start off by saying that if I overdo my sodium at any one time it can lead to weight gain. One weekend of throwing caution to the wind undid a whole Round of weight loss for me. I tend to be sodium sensitive and did gain 7lbs in that one weekend! So remembering not to “blow off” the sodium content information is important to me!

Also, remember that the 21 Day Fix is a lower sodium nutrition plan. We know that because Autumn has said so and many Beachbody recipes call for low sodium ingredients.

Let’s look at the low side of the sodium numbers.

I consider myself eating lower sodium on the 21 Day Fix. So 140mg is the low number I keep in mind. Though I don’t go by my low number because I am more concerned with going OVER my sodium grams per day. Knowing that something is considered low sodium helps me keep that number down. Because sometimes I know I am going to be eating foods higher in sodium in the same meal or later that day.

When you talk about sodium, exactly what numbers do you go by?

Again the experts tell us that:  Moderate sodium per serving is 400mg. High sodium is 400mg per serving or above.

I used that number 400mg and had to decide how far below it I wanted to be.  140 is the low number and I want to be lower than “normal” so I picked 250 as my high number. Anything higher than 250mg per serving and I question “if this food is in line with my goals?”. Or I try to figure out how to combat the extra sodium in that meal or my entire day.

So when I go to the store and turn a box, bag, or can over I am looking for a number 250mg per serving or below, knowing the closer to 140mg the better. Does that mean I NEVER buy a product with higher than 250mg in it? Of course I do… ham, bacon, sauces, dressings can all have more than that in one serving. Keeping my daily total of 2000mg in mind is the key to knowing how far up I can go on any one food. 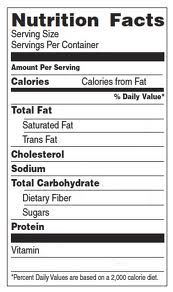 How do these numbers translate into sodium numbers for meals?

Well, when I make a normal plate of food for supper it will probably look like 1 meat/red, 1 carb/yellow, and 1 green/veggie. If each one of those is 200mg per serving and your Fix servings are approximate to theirs then your meal would have 600mgs in it……X 3 meals a day is 1800 of the 2000-2400mg per day I aim for. Remember that if you are eating a one-dish meal like chili or soup it can have all 600mg in one serving of something like that.

That leaves me room for snacks with some in them! Goat cheese sprinkled with Everything But the Bagel seasoning and pretzel thins are one of my favorite snacks! 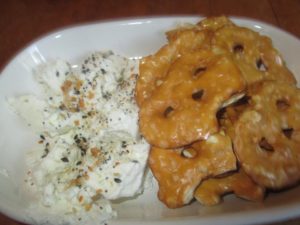 What about your numbers?

Notice I am saying over and over again,  “what I do”. Because you and your body might be slightly different, you need to figure out what your “high” number is. Just use the information here to help or find out more about it by investigating it for yourself!

Now let’s talk about sodium when you have had too much!

What do you do if you wake up one morning after a sodium-filled meal out and see a weight gain because of it? The swelling is water weight gain and believe it or not, one of the most important things to do to flush that excess water weight and sodium out of your system is to drink lots of WATER… yes I said water!

Knowledge is Power! Use this knowledge powerfully!!